The cultural diversity that characterises Lisbon does not soften the many stories of a segmented and antagonistic metropolis. Interferences is an exhibition that affirms different expressions of urban culture, exploring narrative itineraries of the city in a conversation that prioritises the museum as a critical space where various communities and sensibilities come together – those part of the establishment who frequent it and those subordinate who are unfamiliar with it – as a starting point for new beginnings. maat will therefore be a platform for attempted utopias, timeless struggles, emerging tensions, stories told and yet to be told.

Organised by sections, the exhibition addresses various themes that structure the design of the metropolis, engaging in dialogues this stage and its actors. These themes will provide the tagline for a programme of events which will contribute to the narrative in Interferences. Some of these will generate contributions that will be incorporated into the exhibition, making it a dynamic project that reveals itself to the public over the course of six months.

Aiming to make other social aspects of the city visible, Interferences places in dialogue works by contemporary artists who use the streets as a context for expression and experimentation with works from institutional and private collections, emphasising alternative narratives that attempt to question the public about the city, asking what urban space and artistic and cultural institutions can be constructed by including new voices in the process.

As part of Interferences, a collective mural entitled as Painel do Mercado do Povo [The People's Market Panel] by the Movimento Democrático dos Artistas Plásticos [Artists for Democracy Movement] on 10 June 1974 will be reinterpreted. This project will take place in maat’s Gardens and will be included in the celebrations of the 50th anniversary of the Revolution of the Carnations (25 April 1974) beginning in 2022. Forty-eight artists will be invited, some of whom helped to create the original panel, artists from the exhibition and others who have carved a prominent place in the Portuguese art scene over the last 50 years of democracy. 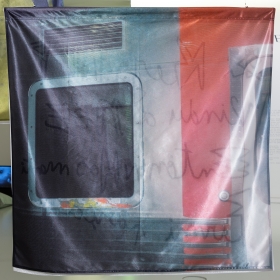 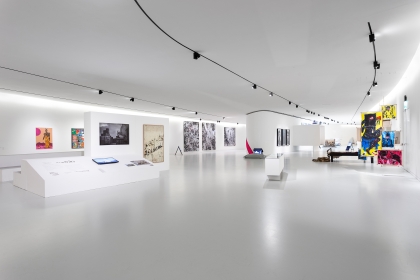 Interferences. Emerging Urban Cultures
Unidigrazz with Tristany for Interferences
Become a member
Get the latest news from maat in your inbox Subscribe Newsletter