Cláudia Martinho. Extinction Calls
Listening as a mode of reconnecting with the environment

While environments are radically altered by humans, ecosystems are highly affected. Biodiversity loss is one of the major challenges of today. In response to human agency disturbances, species are moving, changing, disappearing. Birds’ populations are shifting rapidly over large areas and some of them are drastically declining. According to the International Union for Conservation of Nature’s Red List of Threatened Species, there are 164 (known) bird species extinct and 226 critically endangered. Thanks to the wildlife media archive Macaulay Library of the Cornell Lab of Ornithology and its contributors, we can still listen to some of these birds.

Extinction Calls is a special commission to Cláudia Martinho, in which the she uses sounds from the archive to create a path of multiple sonic encounters with extinct and critically endangered bird species. Listening to this diversity of calls and songs, with its rhythmic variations and tonal richness, is an invitation to reconnect with the enchantment of birds’ communication. It is an act of reclaiming the invisible powers of the language of nature, deeply rooted in human beings.

The soundscape is spatialised in resonance with maat’s acoustic space and the intervention Beeline by SO – IL so as to create a diversity of points of listening and thus enable different sensory experiences. From a sonic activism that highlights the global ecological crisis to close interspecies vibratory encounters, this work calls for a shift in the way we relate to our environment towards an ecological intimacy and our innate ability of attunement to the voices of non-human beings.

Cláudia Martinho has been developing an experimental practice that embraces sound art, architecture, eco-acoustics, animism and activism. She is particularly interested in spatial and sonic co-creation as a tool and transformative action. 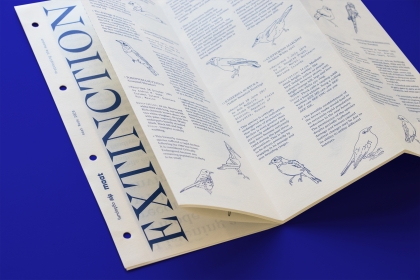 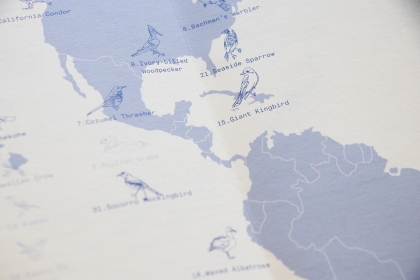