The exhibition Nailed Rathorics by Von Calhau! closes the Ashpit 8 cycle, running since maat’s opening in 2016. Curated by DOXAMITRAX — a pseudonym that the artists have adopted to assume the curatorship of this project — includes a series of new works, namely an artist's book with more than 300 pages, offering a visual journey through an extensive selection of works that the duo has made in the last 10 years. A series of performances and actions are also planned that will gradually activate the space and objects on display.

During the period of the exhibition, a series of performances and actions are expected to gradually activate the space and the exhibited objects. 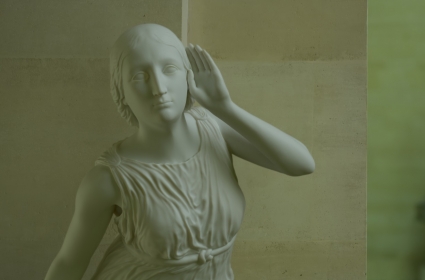